Operating in multiple states may have tax implications for manufacturers 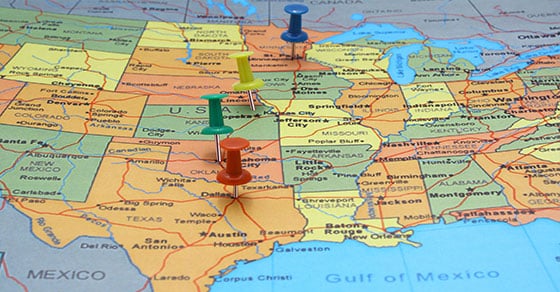 Nothing is certain but death and taxes. While this may apply to federal taxes, state taxes are a bit more uncertain. Manufacturers operating in more than one state may be subject to taxation in multiple states. But with proper planning, you can potentially lower your company’s state tax liability.

The first question manufacturers should ask when it comes to facing taxation in another state is: Do we have nexus? Essentially, this term indicates a business presence in a state that’s substantial enough to trigger that state’s tax rules and obligations.

Precisely what activates nexus depends on that state’s chosen criteria. Common triggers include:

Depending on state tax laws, nexus could also result from installing equipment, performing services, and providing training or warranty work in a state, either with your own workforce or by hiring others to perform the work on your behalf.

A minimal amount of business activity in a state probably won’t create tax liability there. For example, an original equipment manufacturer (OEM) that makes two tech calls a year across state lines probably won’t be taxed in that state. As with many tax issues, the totality of facts and circumstances will determine whether you have nexus in a state.

What is market-based sourcing?

If your manufacturing company licenses intangibles or provides after-market services to customers, you may need to consider market-based sourcing to determine state tax liabilities. Not all states have adopted this model, and states that have adopted it may have subtly different rules.

Here’s how it generally works: If the benefits of a service occur and will be used in another state, that state will tax the revenue gained from the service. “Service revenue” generally is defined as revenue from intangible assets — not the sales of tangible personal property. Thus, in market-based sourcing states, the destination of a service is the relevant taxation factor rather than the state in which the income-producing activity is performed (also known as the “cost-of-performance” method).

Essentially, these states are looking to claim a percentage of any service revenue arising from residents (customers) within their borders. But there’s a trade-off because market-based sourcing states sacrifice some in-state tax revenue because of lower apportionment figures. (Apportionment is a formula-based approach to allocating companies’ taxable revenue.) But these states feel that, even with the loss of some in-state tax revenue, they’ll see a net gain as their pool of taxable sales increases.

Is it time for a nexus study?

If your manufacturing company is considering operating in another state, you’ll need to look at more than logistics and market viability. A nexus study can provide insight into potential out-of-state taxes to which your business activities may expose you. Once all applicable income, sales and use, franchise, and property taxes are factored into your analysis, the effect on profits could be significant.

Bear in mind that the results of a nexus study may not be negative. If you operate primarily in a state with higher taxes, you may find that your company’s overall tax liability is lower in a neighboring state. In such cases, it may be advantageous to create nexus in that state by, say, setting up a small office there. We can help you understand state tax issues and provide a clearer picture of the potential tax impact of your manufacturing business crossing state lines.